Noomi Rapace Thriller ‘Angel of Mine’ Hits Blu-ray In October 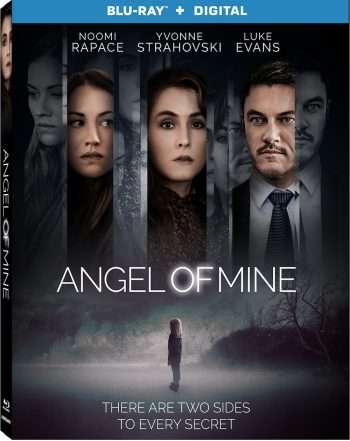 Angel of Mine, a thriller headlined by Noomi Rapace, hits Blu-ray, DVD and Digital October 22 via Lionsgate.

Directed by Kim Farrant, the feature centers on a woman named Lizzie (Rapace) who believes her neighbor’s (Yvonne Strahovski) daughter is actually her own.

The catch is Lizzie’s daughter perished in a tragic accident years ago! Luke Evans co-stars as Lizzie’s ex-husband, who believes his wife’s instability is causing harm to their son.

Filled with its share of twists, Angel of Mine is another memorable effort from Farrant, whose previous film (the Nicole Kidman headlined Strangerland) was severely underrated. Rapace is excellent in the film, and hopefully her performance gets a bit more attention with its home video release.

Special features include cast and crew interviews and a “Making of Angel of Mine” featurette.