Himesh Patel Explores “Magic” Of The Fab Four In ‘Yesterday’ 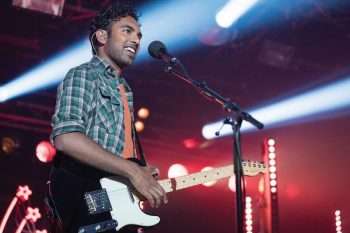 Director Danny Boyle (Trainspotting) and screenwriter Richard Curtis (Love Actually) have teamed up for Yesterday, a feature that’s based on a fantastical premise.

Jack (Himesh Patel) seems to be the only one in existence who knows that The Beatles existed. When this struggling musician starts playing their songs, he becomes an overnight sensation! Songs featured in the film include “The Long & Winding Road,” “Something,” and “In My Life.” The feature co-stars Lily James and Ed Sheeran.

Click on the media bar to hear Patel discuss the “magic” of The Beatles: