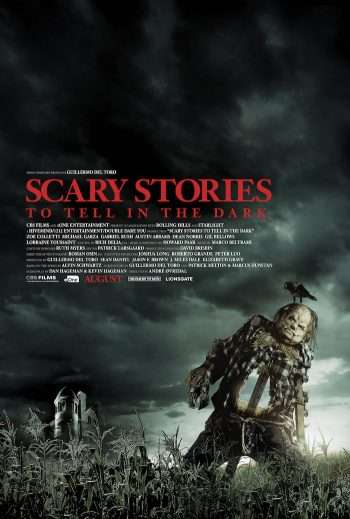 Director Guillermo del Toro’s latest producing effort is Scary Stories To Tell In The Dark. Though it’s rated PG-13, the movie should deliver its share of frightening moments!

Set in suburban America in 1969, the tale centers on Stella (Zoe Colletti), a girl who, along with her friends, finds a magical book in a haunted house. This discovery ultimately leads these youths down a tragic path, as the book’s succeeding chapters have an influence on their respective fates.

Based on the book series by Alvin Schwartz, Scary Stories To Tell In The Dark is not an anthology. Rather, the feature incorporates Schwartz’s tales and blends them into a singular narrative. The movie co-stars Lorraine Toussaint (The Village) and Gil Bellows (The Shawshank Redemption).

Directed by Andre Øvredal (The Autopsy of Jane Doe), Scary Stories To Tell In The Dark opens nationwide August 9. Check out the trailer and tell us what you think!