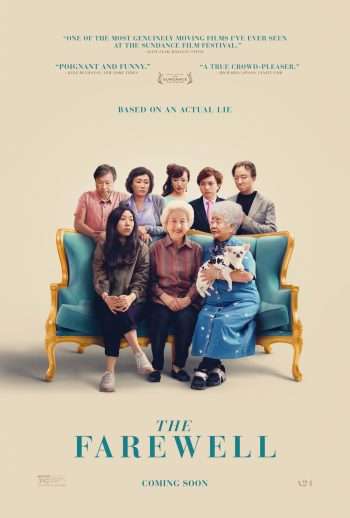 Awkawafina’s popularity skyrocketed last year with the sleeper hit Crazy Rich Asians, and now she headlines the upcoming A24 comedy The Farewell. Directed and penned by Lulu Wang, the tale centers on Billi, a Chinese American who returns with her family to Changchun to become part of one big lie.

Matriarch Nai Nai (Zhao Shuzhen) has been given weeks to live after a cancer diagnosis, and her family decides to stage a wedding to keep her happy. Nai Nai is unaware she is dying, and her loved ones believe giving her a bit of happiness, even if it’s a total fabrication, would be the best solution.

Awkawafina’s scene stealing comedic skills is not on display in the trailer, and The Farewell feels like a drama that, along with already garnering excellent reviews, should continue the actresses’ ascension in cinema. Check out the trailer and tell us what you think!