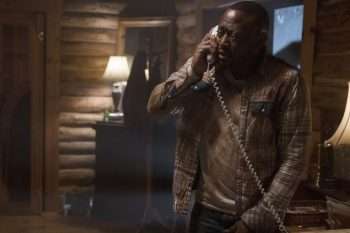 Paula Patton and Omar Epps topline Traffik, a film about a couple (Patton, Epps) who are hanging on to dear life thanks to a violent biker gang that houses a horrific secret. Epps, who had a long run in the successful series House (and more recently Shooter), loved working within the indie driven confines of Traffik.

“It’s just refreshing,” said Epps who first gained his share of notices with the 1992 drama Juice. “It reinvigorates me. Deon Taylor, who wrote and directed the film, I love his directing style because he’s very collaborative. He’s not restricted to the words on the paper. Especially with a film like this that process lends itself to a sort of chemistry and a dance between the cast that just pops off on screen.”

Click on the media bar to hear Epps talk about collaborating with Paula Patton on Traffik.

Traffik is now playing in theaters.