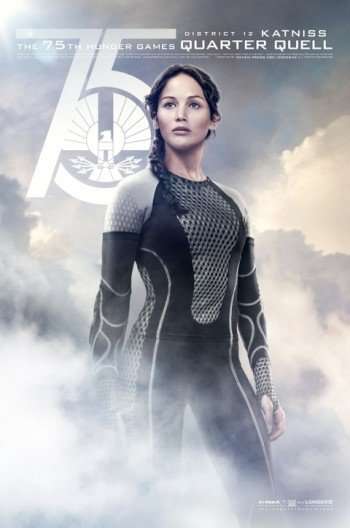 At the end of 2012’s The Hunger Games, Katniss Everdeen (played by Jennifer Lawrence) walked away the winner, but it was far from a happy ending. When The Hunger Games: Catching Fire opens next month, we’ll get to see the fallout from Katniss’s unconventional victory, and the impact it will have on her life, on the lives of her family and friends, and all across the dystopian nation of Panem.

If the trailer’s to be believed, everything is not awesome for the Girl on Fire.

“We’re back in Katniss’s life as she is trying to kind of piece her life back together after the games,” Lawrence said at a red carpet event for the film. “The stakes are a lot higher in this movie.”

(Click on the media bar below to hear Jennifer Lawrence talk about the visual grandeur of the sequel.) 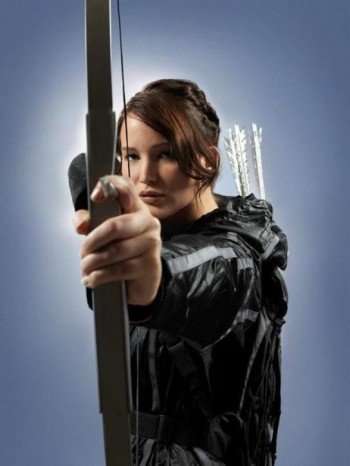 The Hunger Games: Catching Fire opens in theaters on November 22.

New To Blu: May The Odds Be Ever In Your Favor With ‘The Hunger Games’ 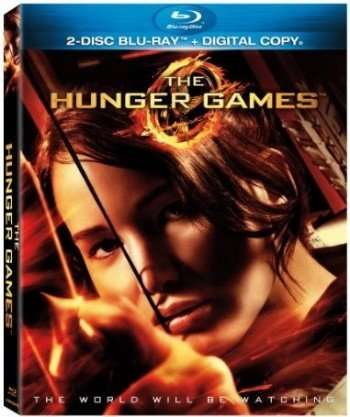 Hitting DVD and Blu-ray shelves tonight at midnight (and destined to be one of this year’s biggest selling home video releases), THE HUNGER GAMES is the first in the series of adaptations of SUZANNE COLLINS’ popular young adult trilogy that also includes CATCHING FIRE and MOCKINGJAY. A futuristic epic, the books were originally aimed at the teen audience but quickly gathered steam across all demographic groups. At the heart of the stories is Katniss Everdeen, a heroine to rival any and a role requiring the bravest of actresses. Unlike Bella Swan of The Twilight Saga, Katniss is born of strength and looked up to by legions of young women as a role model. Academy Award-nominated actress JENNIFER LAWRENCE thought long and hard before accepting the pivotal lead role and, during our interview earlier this year, confessed that it was the filmmakers’ appreciation for COLLINS’ books that convinced her to take the job. (CLICK ON THE MEDIA BAR FOR AUDIO)
Get the Flash Player to see the wordTube Media Player.
THE HUNGER GAMES becomes available on DVD and Blu-ray at the stroke of Midnight tonight

‘The Avengers’ Cleans Up At Weekend Box Office 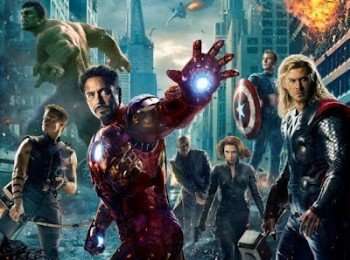 Breaking all existing records for a three-day opening weekend, THE AVENGERS took in an estimated $200.5 M, making it far-and-away the box office champ. In the No. 2 position, THINK LIKE A MAN continued to hang tough with $8 M. Coming in third, THE HUNGER GAMES managed a healthy $5.7 M and, rounding out the top five are THE LUCKY ONE ($5.5 M) and PIRATES! BAND OF MISFITS ($5.4 M).
Written and directed by JOSS WHEDON, THE AVENGERS features an extensive ensemble cast that includes CHRIS HEMSWORTH, ROBERT DOWNEY JR., SCARLETT JOHANSSON, JEREMY RENNER, CHRIS EVANS, MARK RUFFALO, SAMUEL L. JACKSON, GWYNETH PALTROW and CLARK GREGG. There’s little doubt that it was WHEDON’S deft handling of his source material that made the film such a success and, at the recent press conference to promte the movie, ROBERT DOWNEY JR. sang his praises. ( CLICK ON THE MEDIA BAR FOR AUDIO)
Get the Flash Player to see the wordTube Media Player. 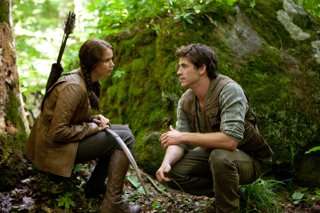 The Hunger Games reigned supreme once again, proving that Katniss Everdeen is more popular (at least this weekend)  than Jack Dawson in 3D (Titanic 3D, #3, $17.53 million) and Jason Biggs’ sexual exploits with food (American Reunion, #2, $21.5 million).  Wrath of the Titans came in fourth with $15 million.  Here’s the top 10:

*  The Hunger Games co-stars Liam Hemsworth and Josh Hutcherson talk about how Jennifer Lawrence is similar to Katniss Everdeen.