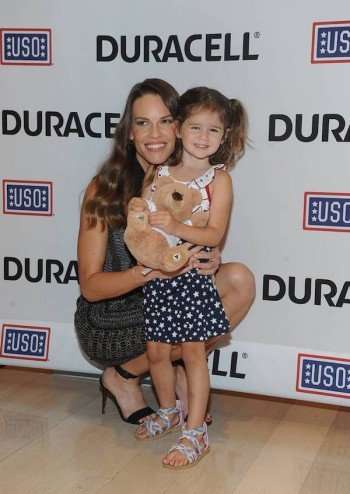 ‘Witches of East End’ Gets Beastly With Season Two Premiere 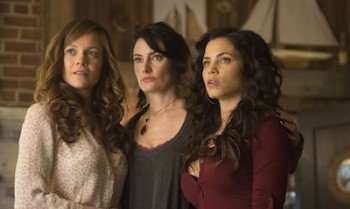 Witches of East End’s season one finale delivered a pretty solid cliffhanger, as we witnessed the partial opening of the Asgard portal (thanks to human/witch keyhole Ingrid) and a mysterious, shadowed figure entering through the opening.

Season two’s premiere episode, titled “A Moveable Beast,” gets its catchy moniker from one of Ernest Hemingway’s most beloved novels, and although this installment has a few touches of sentimentality like A Moveable Feast, nostalgia takes a backseat to a ton of forward progress.

Most of the heartrending moments come from Joanna (Julia Ormond), who begins the episode screaming in pain while Victor (Joel Gretsch) uses a leech-esque creature to suck the poison out of Joanna’s system. Although Freya (Jenna Dewan Tatum) is also crafting elixirs to ease her mom’s pain, both of these remedies can’t stop the Argentium poison from killing Joanna. The Beauchamp matriarch needs a cure asap and even Ingrid (Rachel Boston) doesn’t have a spell to cure her mom’s condition.

After being ditched by Freya at the altar, the once buttoned down doctor Dash (Eric Winter) is now burdened with conflicting emotions. Not only does he carry a hateful streak towards Freya, but he still believes he killed his brother Killian (Daniel DiTomasso). Since we later find Killian carousing with a beautiful woman (Pretty Little Liars’ Bianca Lawson) and winning a ton of gambling chips at a remote island, Dash shouldn’t be too concerned for his sibling. Both brothers have their powers restored now that their shape shifting mom (Virginia Madsen) was killed last season by Joanna and sassy sis Wendy (Mädchen Amick). When Dash secretly has an MRI done, he discovers that his abnormal brain structure is similar to a girl who checked into the hospital over 20 years ago. That girl’s name is – Ingrid! How Dash and Killian deal with their gifts, along with how they process their mom’s passing, should be one of this season’s key narrative arcs. 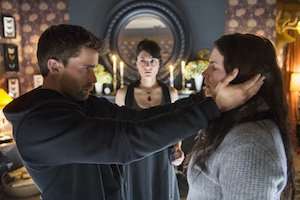 The two big reveals for “A Moveable Beast” is the reunion of Frederick (Christian Cooke) with his mom Joanna. Since Frederick was left toiling in Asgard while the rest of his family escaped to Earth (Frederick sided with his grandpa during some Asgardian conflict), there is lingering trust issues between mother and son (Wendy doesn’t exactly welcome her nephew with open arms).

But since Frederick absorbed his mother’s poison and save her life in the process, his first few days in East End have been a successful one. Since Joanna’s overprotective nurturing often clouds her decision making, she’s more than happy to see her son return to the fold. Whether Frederick’s sisters, who had no idea of his existence, or his dad Victor, throw out the red carpet is another story.

Whether it’s Dash realizing that someone witnessed his beatdown on Killian or Wendy’s contentious interactions with an EMT, each of the main characters on the show are moving on with their own respective challenges. Tragedy usually ensues in most of these cases, and the huge reveal that Ingrid is having sleepwalking sex with a reptilian creature who emerged from the portal (although TV Line scooped the creature is called a Mandragora, I’ll simply refer to it as snakes on a monster). 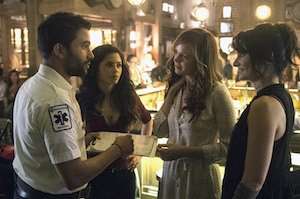 Before her relationship with George (Jason George) could blossom, he died of an aneurysm, and it’s a death that transpired from Ingrid’s decision to cast a resurrection spell on Wendy. Under witchcraft rules, once you resurrect a person, someone close to you must die.

After George’s passiing, another guy entered her life. Ingrid’s friendship with Mike (Enver Gjokaj) was a total betrayal, as his sole goal was to open Asgard’s portal. Although the portal was opened, Mike, as well as his temporary union with Ingrid, ended up in flames.

Along with still not forgiving Victor for being an absentee dad, Ingrid’s relationship with men has existed on shaky ground (let’s not forget Ingrid’s relationship with sociopathic ladies man Archibald Brown!). I’m assuming Ingrid’s forestry trysts with snakes on a monster won’t lead to a promising road either. Since the ever resilient Ingrid is a master spellcaster and scholar, I’m confident the Mandragora has actually met his match.

So what did you think of last night’s Witches of East End season two premiere? Is Ingrid in for some more pain? Is Frederick a good sibling or is he planning retribution? Plus, do you like Killian’s transition from smoldering bartender to opportunistic island/poker chip gambler?

Feel free to comment below and tell us what you think!!

For our DVD review of Witches of East End: The Complete First Season, check out the post on our sister site/blog Deepest Dream. 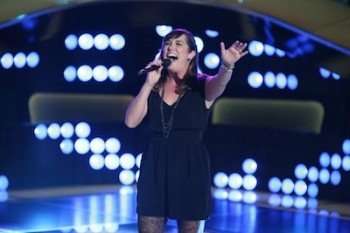 Chris Isaak’s “Wicked Game” is an absolutely difficult song to cover, and Emily B.’s decision to use that song for her Blind Auditions was a gamble that paid off. The singer put her own spin on the sultry song, hitting various high notes that impressed judges Shakira, Blake Shelton, and Usher. Shakira even gave a standing ovation after the song finished, and her effusive support for Emily B. led to their current coaching/competitor partnership.

During the first round of the Battles, Emily B. was victorious over powerhouse vocalist Cierra Mickens, as the pair did their rendition of the equally challenging tune “Brave” from Sara Bareilles. “You are so determined Emily,” said Shakira after the hard fought battle. The key question is whether Emily B. will survive another round to make it to The Voice’s live shows.

No matter what happens from this point on, Emily B. is grateful for her collaboration with Shakira.

To check out the complete Q&A with Emily B., please check out my article on Deepest Dream. Until then, watch the video below to see the singer’s unique take on “Wicked Game.” It may not be as atmospheric as Isaak’s original, but it sure doesn’t pull any punches!

Another installment of The Voice airs tonight on NBC (8 pm et/pt). To follow Emily B., go to @EmilyBeMusic.

Lizzie Borden Takes An Ax To DVD & Digital in April 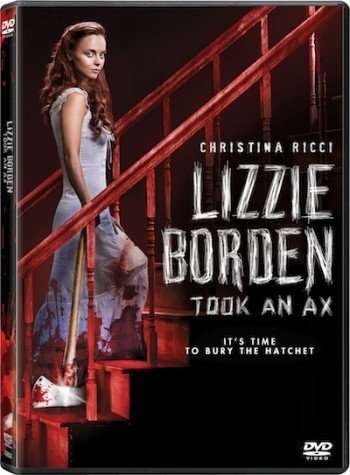 The film, which runs 88 minutes, is based on Borden’s mysterious life, as she was accused and then acquitted of murdering her dad and stepmom with an ax. Stephen Kay, whose film directing credits include a remake of Get Carter starring Sylvester Stallone, and the Beat Generation drama The Last Time I Committed Suicide, penned the script for Lizzie Borden Took An Ax.

For its January 25 premiere on Lifetime, Lizzie Borden Took An Ax took in 4.4 million viewers. 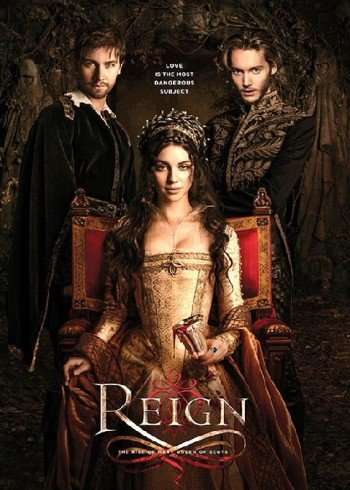 Just one week old and airing on the perennially youthful network THE CW, REIGN combines an incredibly photogenic cast with a contemporary soundtrack (featuring the likes of such groups as THE LUMINEERS and TWIN FORKS) to tell the story of the dramatic life and times of Mary Queen of Scots. A sort of medieval Gossip Girl, the series is an engaging combination of scenery and sex that even manages to squeeze in a modicum of actual history.  Australian actress ADELAIDE KANE takes the titular role of the 16th Century Scottish Queen and, at a recent sit-down with the Television Critics Association, she talked about doing her homework for the part. (Click on the media bar below to hear ADELAIDE KANE)

REIGN airs Thursday nights on The CW Find Us On Facebook: http://www.facebook.com 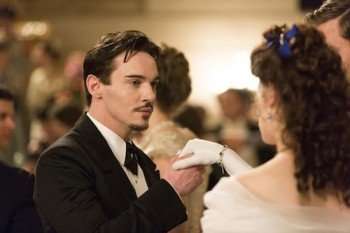 Premiering Friday (NBC, 10 pm et/pt), Dracula features Jonathan Rhys Meyers as the iconic, immortal bloodsucker. Under this iteration, he takes on the guise of an American entrepreneur looking to expand his business in Victorian era London. Our antihero, however, actually has a more vengeful task in mind with his plan to destroy a corrupt group named the Order of the Dragon.

Fans expecting a bit of heated romance will get their fix in the form of Lady Jane (Victoria Smurfit), whose dalliance with Dracula has its share of complications. Former Arrow actress Jessica De Gouw is Mina Murray, a woman who may be a reincarnation of Dracula’s one true love.

The series’ most intriguing elements don’t center on Dracula’s thirst for love and lust, but rather his impulsive desire for retribution. His uneasy alliance with Abraham Van Helsing (Thomas Kretschmann) and bond with loyal friend R.M. Renfield (a commanding Nonso Anozie) give Dracula a much deeper dimension, and much of the narrative’s thematic shadings can be credited to series creator Cole Haddon.

“Once I figured out the origin of the character,” said Haddon whose lifelong love for comic books led to penning the graphic novels The Strange Case of Mr. Hyde and Space Gladiators. “This idea that he was born out of this fundamentalist organization – it created all this conflict that really gave me the theme and got me passionate. And then from there, I love history. So (it was) finding some way to integrate that into the history we know and creating ironic details. If you interpolate that the outcome of this world, you know that the Order of the Dragon and the quest for fossil fuels succeeded. So you know the hero has failed to save the 20th century. (But) both organizations are villains in some way, and that was very fun to play with.”

A former entertainment journalist, Haddon is also an avid cinefile, a love which will hopefully shine through in his next project Dodge & Twist, a reimagining of Oliver Twist that is currently being developed by Sony.

But first things first – Dracula’s pilot offers enough subplots to keep this TV addict tuned in to the next episode, and hopefully that momentum carries throughout the rest of its season. During our interview with Haddon, the writer joked about how a bit of “ignorance” helped him expand his boundaries to create a three dimensional teleplay.

Click on the media bar to hear Cole Haddon, who is also an executive producer on the show, talk about the genesis of penning Dracula (he references the Mario Bava film Black Sunday in the clip):