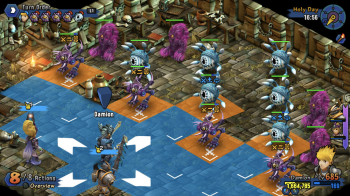 Turn-based role playing games coupled with immersive gameplay are a great combination, and hopefully that’s just a part of a combo that works with the upcoming title Rainbow Skies. Created by SideQuest Studios, Rainbow Skies hits PlayStation 4, PlayStation 3, and PlayStation Vita on June 26 (it hits Europe and Asia the following day).

The storyline focuses on Damion, a monster tamer who, after a terrible hangover, accidentally destroys the entire monster compound, thus threatening his town’s safety. The title is a collaboration between publisher Eastasiasoft Limited and its development partner SideQuest Studios.

The trailer features vibrantly colorful visuals and promises gamers that they will can use hundreds of skills to defeat their enemies. With tons of items, character building, and sidequests in its aresenal, Rainbow Skies has all the makings of an immersive RPG. Check out the trailer and tell us what you think! 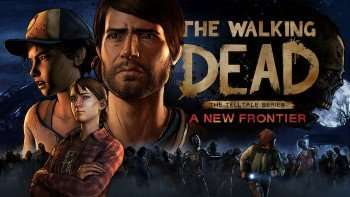 Telltale Games has received a healthy share of critical acclaim for The Walking Dead series, as episodic based gaming is a genre that continues to build momentum. The first episode of The Walking Dead: The Telltale Series – A New Frontier premieres will be available on the Telltale Online Store, Steam and other digital distribution services starting December 20th.

The game will not be restricted to just one device, as it’s being released on PC, Xbox (One and 360), PlayStation (PS4 and PS3), and iOS (App Store) and Android (Google Play).

Playstation 4 users who preorder the title will also receive a complementary copy of The Walking Dead: Season Two and The Walking Dead: Michonne while Steam users earn a 10% savings on their preorder.  For hard copy enthusiasts (such as myself!), a Season Pass Disc hits the streets February 7th for PlayStation 4 and Xbox One users.

With this latest story, players venture through the world as Javier, a young man in search of his family. Along the way he meets a girl named Clementine, a girl who’s experienced unimaginable loss. With their fates tied together, the pair must make the right decisions or become another addition to “the walking dead.”

Telltale Games offer up a sneak peek at the premiere episode at The Game Awards, which takes place December 1st at the Microsoft Theater.

‘Batman – The Telltale Series’ Hits Xbox One And PlayStation 4 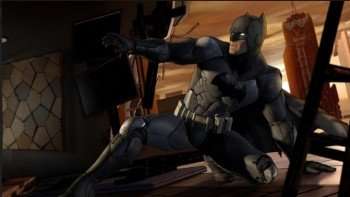 Downloading codes may be the ultimate convenience for gamers, but sometimes having your own disc, especially if it’s a critically acclaimed title like Batman – The Telltale Series, isn’t such a bad thing.

Starting today, Batman – The Telltale Series is available at retailers for an estimated $29.99 in North America as a “Season Pass Disc.” The collection includes the first five episodes of the season as well as the next four episodes when they’re available for download. Players will receive access to the remaining episodes via online updates. The game disc is now available on the Xbox One, Xbox 360, PlayStation 4 and PlayStation 3 platforms.

“Since premiering Batman – The Telltale Series last month, we’ve been thrilled by the reception from both Batman fans new to Telltale, and those already familiar with our model for interactive storytelling,” said Telltale Games CEO and co-founder Kevin Bruner. “This week, we’re happy to offer the game on a special disc at retailers worldwide, just in time for the gripping second episode launching September 20, which will influence the course of the season depending on the different paths players may take.”

The series also marks a first for the Telltale universe with the interactive driven Crowd Play feature, which enables players to invite other gamers to vote on story decisions from their mobile device when following along with the lead player on screen. Under Crowd Play 2-24 players can enjoy the episodes together.

Are you a fan of Telltale Games episode driven aesthetic and have you played Batman – The Telltale Series? Feel free to comment below! 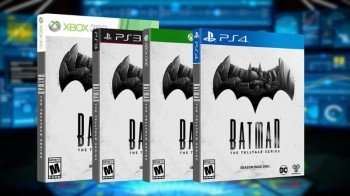 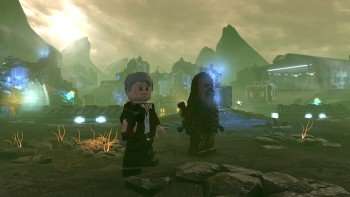 In celebration of Star Wars Day, the latest trailer for LEGO Star Wars: The Force Awakens reveals six new adventures that will be featured in the game. Recently announced levels in the title including “Rathtar Hunting,” which has Han Solo and Chewbacca attempting to capture the dangerous Rathtars and a Poe Dameron mission to save Admiral Ackbar (“Poe to the Rescue”).

Check out the trailer below, tell us what you think, and most importantly, May the 4th be with you!! 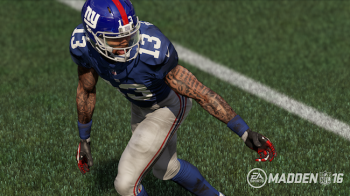 Madden NFL 16 debuts today, and although it’s hard to improve on such an iconic video game franchise, Electronic Arts Inc. continue to make refinements to the gridiron experience. This year, the new Draft Champions enables players to throw a dose of fantasy football into their experience.

“We think Madden NFL 16 delivers an incredible experience for our players,” said Madden NFL 16 executive producer Roy Harvey. “Draft Champions provides a new way to play, bringing the fun of a fantasy football draft to Madden, and providing a strategic challenge both on and off the field. On top of that, the new gameplay elements we’ve introduced this year allow you to achieve some really exciting moments that you’ll want to watch over and over again in replay. It’s a great year to be a playmaker.”

With the Draft Champions mode, players create their own group of elite players that consists of current NFL athletes and legends of the game. The drafted team can go in competition against the CPU or other drafted players. Other fan favorites such as Madden Ultimate Team and Connected Franchise make their return with respective advance and improvements.

Since I’m currently cramming for my own fantasy football draft, I’m excited to check out the Draft Champions feature and hopefully I’ll gain some kind of advantage heading to next week’s draft.

Madden NFL 16 is now available for the PlayStation 4, PlayStation 3, Xbox One, and Xbox 360 consoles.

Are you excited about Madden NFL 16 or are you simply content with playing an earlier version of the franchise? Feel free to comment below! 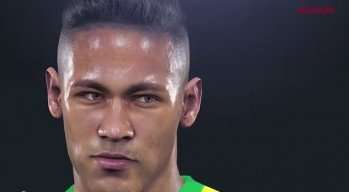 Konami Digital Entertainment Inc. has announced that Pro Evolution Soccer 2016 will be released September 15 in the U.S., with a European street date set for September 17. The release of PES 2016 marks the 20th anniversary of the popular soccer series. With the employment of the acclaimed Fox Engine to capture the game’s realistic action and a redevelopment of the franchise’s Master League, Konami is confident about its upcoming title.

“PES 2016 will be the best game in the series,” says Erik Bladinieres, European Brand Director of Football at Konami Digital Entertainment B.V. “This is solely due to the passionate feedback and support from our users and the community, which helped us get back to the core of what PES is. We truly believe PES 2016 will continue to celebrate the history of PES and everything it stands for, and create a new level of quality that has never been reached by any football game. Here’s to another 20 years!”

Fans of the franchise as well as initiates can look forward to such improved features as an advanced collision system, full control over goal celebrations, new ball physics and a dynamic wide camera angle. Commentators Peter Drury and Marco Hagemann have also been added to the title.

The official E3 trailer is below: