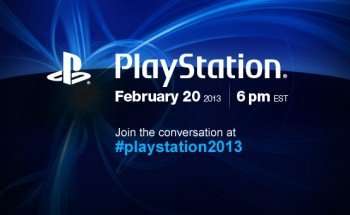 Although all we have to go on are rumors before tonight’s PlayStation meeting, gaming site Kotaku has done solid reporting on what actually might go on during the announcement.

First off, expect details on the PlayStation 4 (codename Orbis) to emerge during the meeting, and early speculation has the console being released this November with estimated price points at $429 and $529.  There is also rumors that the PS4 will be able to be controlled through a tablet or a smartphone, which is huge, considering that the PS3’s most awesome asset is its ability to play Blu-rays (I kid!! I kid!!).

We’re just hoping the PS4’s launch signals the death knell of the PlayStation 3, a sturdy console which, in my opinion, still hasn’t worn out its welcome.  Sony’s registering for the domains dealing with something called the “PlayStation Cloud” has also fueled theories that the new console will enable players to stream their games.

Such talk is all fine and dandy, but the truth will come out come 6 pm, and if you’re around this site by then, you can watch the actual meeting in the VIDEO below.  Enjoy!