ON THIS DAY IN MOVIES: BARBARELLA 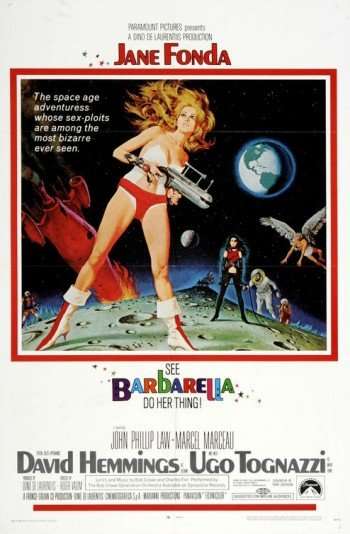 Aug 29, 2009 | AUDIO FILES/CONTENT, BREAKING NEWS, GENERAL, NEWS OF THE DAY, ONE FROM THE VAULTS, VIDEO CONTENT

Don Rickles has been a staple in comedy throughout many decades and several presidential terms.

His career has survived stand-up, celebrity roasts and President Reagan’s inauguration – primarily because his good buddy, legendary performer Frank Sinatra wielded an iron fist to get him on the playbill.

Click onto media bar and video for Don Rickles recollections of the President Reagan’s second term inauguration and excepts from his performance in January of 1985. 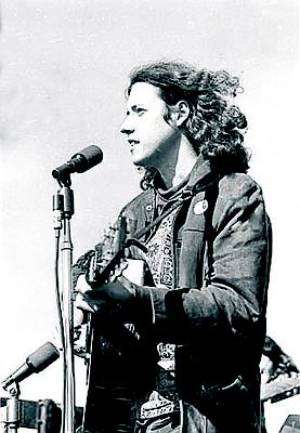 In celebration of this week-end’s 40th Anniversay of WOODSTOCK and the Summer of Love, we’re dipping in to the vaults for an interview we did several years ago with ARLO GUTHERIE. The WOODSTOCK participant gives us his thoughts on history’s biggest music festival. Listen in below: 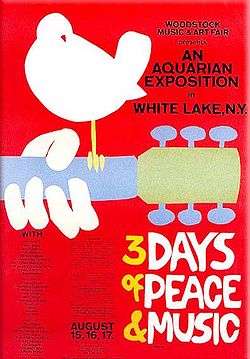 Hands down, the most controversial film at this year’s CANNES INTERNATIONAL FILM FESTIVAL was director LARS VON TRIER’S much anticipated ANTICHRIST. Reportedly met with jeers and walk-outs at it’s premier screening, the film was considered an outrage. At the press conference for the film at least one reporter was angry enough to call VON TRIER out. Listen in to this clip from Cannes. (Click on the media bar below):

ONE FROM THE VAULTS: RAY WALSTON

Back in February of 1999, we sat in on a round table interview with veteran actor RAY WALSTON to dicuss his participation in the big screen remake of his long-running TV series, MY FAVORITE MARTIAN. As is usually the case in these situations, the conversation drifted all over the place to encompass questions about his work in theater, TV and movies.

Because of the recent interest in DAMN YANKEES (for which WALSTON won a Tony), we’ve dug up the interview, dusted it off and are calling it: ONE FROM THE VAULTS. Enjoy….

Back in 1994, we participated in a small group interview with the late JAMES WHITMORE for SHAWSHANK REDEMPTION. We were one of four reporters left with the actor in a large ballroom for almost an hour. WHITMORE told stories of his beginnings in show business, work in TV, his theatrical career and so much more.

Unfortunately, our tape gave out at 48 minutes but they are a really great, entertaining 48 minutes.

The sound starts out fuzzy but cleans up after a half minute and the tape cuts out at 48 minutes. If you were a fan of WHITMORE’S, it doesn’t get better than this. Enjoy!

Get the Flash Player to see the wordTube Media Player.
« Older Entries
Next Entries »