VOTE FOR THE ‘INDEPENDENT MUSIC AWARDS’

Details and complete list of Winners, Nominees and Judges available at: www.TheIndependentMusicAwards.com

Music fans have until July 6 to champion their favorite Nominees and determine The 10th IMA Vox Pop Winners by voting online at www.IndependentMusicAwards.com/imanominee/10th.

BEYONCE AND DAD TELL WHY THEY SPLIT

After a professional lifetime together, superstar Beyonce and her father, Mathew Knowles, have parted ways, with Mathew no longer managing the Halo singer.

“I’ve only parted ways with my father on a business level,” Beyonce tells UsMagazine.com in an exclusive statement. “He is my father for life and I love my dad dearly. I am grateful for everything he has taught me. I grew up watching both he and my mother [Tina Knowles] manage and own their own businesses. They were hard-working entrepreneurs and I will continue to follow in their footsteps.”

Indeed, Mathew Knowles, with then-wife Tina at his side, was instrumental in launching his daughter’s career as a young singer and entertainer, from the beginning of Destiny’s Child and even earlier.

Mathew explains to Us exclusively of the momentous decision: “We mutually agreed to part ways in terms of me managing Beyonce, as my focus is in the investment of Music World Entertainment‘s growing gospel and inspirational music division, which includes Top 10 artists Trinity 5:7, Brian Courtney Wilson, Micha Stampley, Vanessa Bell Armstrong and Dr. Juanita Bynum.”

He continues: “Because of the success of all of these artists, my focus has to be on gospel now. I am also still going to continue on with my joint venture with Columbia to work on Destiny’s Child and develop new artists, like the UK pop band From Above, plus Music World‘s kids music division.”

As for who will now manage the superstar, who plans to release a new album (a follow-up to her smash I Am . . . Sasha Fierce) later this year?

“Beyonce has the knowledge and experience to make that decision and no final decision has been made yet,” Mathew says.

Dolly Parton, one of the most honored female country singers of all time returns this summer with a much-anticipated album of all-new studio material — Better Day — (Dolly Records) and a world tour bringing her throughout America and then onto the U.K., Europe and Australia.

“I wanted to do an album that would be very uplifting and positive, as well as inspirational,” says the seven-time Grammy winner who was hailed as “one of our national treasures” by Newsweek in 2008.  “Times are hard all over.  I think people need to feel better and I thought Better Day was a perfect title because it says ‘hope.’”

The BETTER DAY world tour launches July 17 in Knoxville in her home state of Tennessee and will be highlighted by two shows (July 22 and 23) at the Hollywood Bowl in Los Angeles.

Next, the tour moves overseas starting August 20 and will feature a pair of shows(September 7 and 8) at the O2 Arena in London, the venue where Patron recorded and filmed Live From London (Dolly Records), her widely praised 2009two-disc DVD/CD set that included songs from Backwoods Barbie alongside her many classic hits.

THE ELECTRONIC PICKET LINE ON THE HUFFOPO 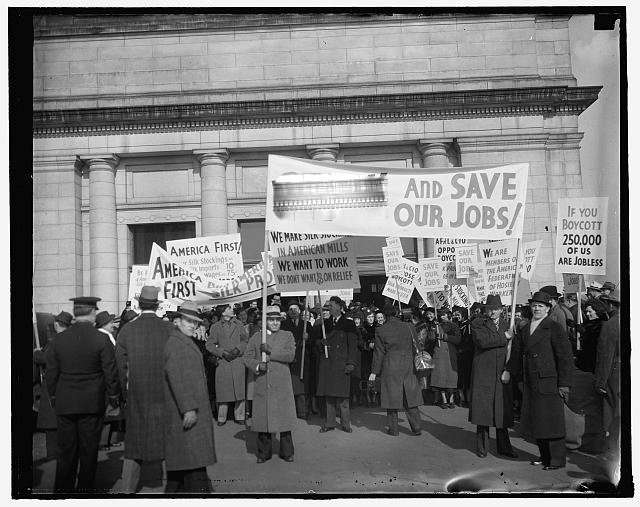 BOYCOTT! (before the electronic/information age)

“We feel it is unethical to expect trained and qualified professionals to contribute quality content for nothing,” The Newspaper Guild said regarding the Huffinton Post. “It is unethical to cannibalize the investment of other organizations that bear the cost of compensation and other overhead without payment for the usage of their content. It is extremely unethical to not merely blur but eradicate the distinction between the independent and informed voice of news and opinion and the voice of a shill.”

The Newspaper Guild will add its weight (26,000 members) to the boycott Bill Larson (Visual Arts Source publisher) has against Huffingpo.

They want visitors to avoid and writers to stop blogging free for the site, FishbowlLA reports.

The Guild also writes that “paid promotional material must no longer be posted alongside editorial content [on the Huffington Post].” 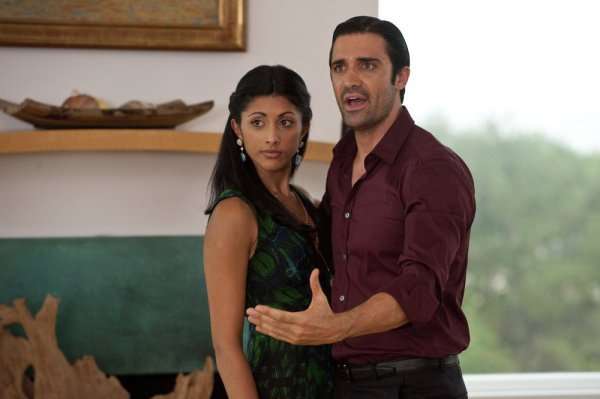 The pair, who met in 2007 while starring together (as fiancés) in the Broadway production Bombay Dreams, celebrated their union at Gotham Hall in a 45-minute traditional Hindu ceremony. Congrats to the happy couple!

Shetty‘s Royal Pains character, Divya Katdare is also engaged on the show – but is conflicted by her duty to her family and her true affection for the hunky Nico (Gilles Marini).