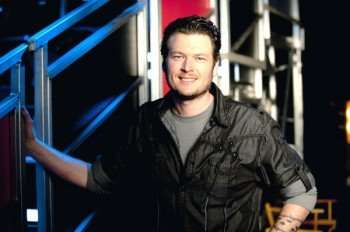 Country Music sensation Blake Shelton is lending his expertise to the upcoming reality show The Voice right smack dab in the middle of planning his wedding to this year’s Academy of Country Music Awards winner, Miranda Lambert.

But to hear Shelton tell it in the video below, he’s been finding all kinds of creative ways to avoid helping with the nuptials – and making Lambert appreciate his lack of attention in the process.

Wynonna Judd recently spent some time at host Hazel Smith’s kitchen to cook up some southern comfort food and discuss her latest projects, including the premiere of The Judds on OWN.

The two openly discussed Wynonna’s career as both a solo artist and as half of the mother-daughter duo, The Judds.

Tune in to CMT this Saturday, April 16, at 8:45pm EST to see Wynonna featured on Southern Fried Flicks.  The episode will re-air Sunday, April 17 at 3pm EST. 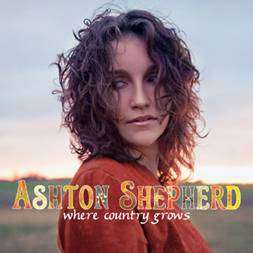 Look It Up, the album’s debut single and the first song she recorded for this project, has become the fastest-rising hit of her career and currently sits at No. 21 on the Billboard country singles chart.

Where Country Grows is the much-anticipated follow-up to her 2008 debut, Sounds So Good, and captures her impressive songwriting and singing evolution she’s made over the last few years. She wrote or co-wrote 8 of the 10 songs on the new album, which was produced by Buddy Cannon.

“I felt like I had a basic plan for this record,” Shepherd says. “You’ve got your first record behind you; you’ve learned some things. Your sophomore record – I heard from all these people – is supposed to be different. It’s supposed to be another factor and define you a little more. I’m thinking, ‘How am I going to do this?’”

One new approach was to spend time with several of Nashville’s prominent songwriters, including Dean Dillon, Dale Dodson, Bobby Pinson and Troy Jones, to see if these collaborations could inspire new sounds or themes. The strategy worked.

“I was just a little scared of it, since I’d never co-written before,” says Shepherd. “Once I started, I really, really enjoyed it. I felt like we had plenty of songs to choose from. So the angle on this record was trying to define Ashton Shepherd in a different way, maybe dig just a little bit deeper and try and put some different kinds of songs on it.

“I was listening back to the record, thinking, ‘This has something for everybody on it.’ I think we’ve accomplished that,” says Shepherd, who wrote by herself two of the album’s most powerful songs – I’m Just a Woman and Rory’s Radio.

The songs from Where Country Grows have already taken her live shows in an exciting new direction.   “This record is more tempo-heavy. The first record was very country with all the ballads,” she says. “It made it kind of hard to do live shows, because you had 11 songs and six of them were ballads. Now, we’ve got a good little handful of spunky songs that I think people will really like to sing along with and enjoy on this record.”

While the serious nature of her debut album may have presented challenges with creating set lists, 2008’s appropriately titled Sounds So Good earned tremendous reviews from music critics.

While Shepherd is grateful for the accolades and attention, she remains focused on connecting with fans one song at a time. “What inspired me to be a country artist was growing up listening to country music and seeing the impact that it has on people, seeing how it can change people’s lives,” says the resident of Leroy, Alabama. “It can put a smile on somebody’s face when they turn on the radio.

“Or if it’s a sad song, it can make people feel better. Sometimes you need to hear one of those to help you climb through something that you’re going through: ‘Hey, somebody else feels sad too.’ So that’s my main thing about being in country music, trying to help people and be a part of people’s lives.”

Jim Quick who has established his musical reputation and permanent place at center stage in venues across the Southeast with a devoted group of concertgoers known as the Coastline Crazies.

He will finally release his first solo album, Down South that will be produced by music-master.

With the plan to take the divergent sound mainstream, Gary Nicholson will be releasing the album through iSuwanee Records/Quick-Warren Entertainment and available via all major digital outlets May 17. (Distributed by Hit Brothers Records/Sony Red Distribution).

The album’s fourteen tracks deliver what Crazies have come to expect from Quick: everything from hard-driving Carolina back-beats to Georgia Southern-rock, and Cajun inspired grooves to Texas and Delta blues. The patented sound of varied influences complemented by Quick’s sharp-witted delivery will lure more fans, listeners of country radio, as the title track is released to radioApril 25.

Jim Quick himself describes his music as “a virtual American collaboration of every facet of Southern musical culture: Country, Blues, Southern-Soul, Southern-Rock with distinctive hints of ‘Appalachian’ impressions and New Orleans ‘Rag’ Jazz–where the farm boy meets the frat house.” While some may feel the bluesy-tinged music is an outlier on Country radio, Quick contends, “it ain’t so.” 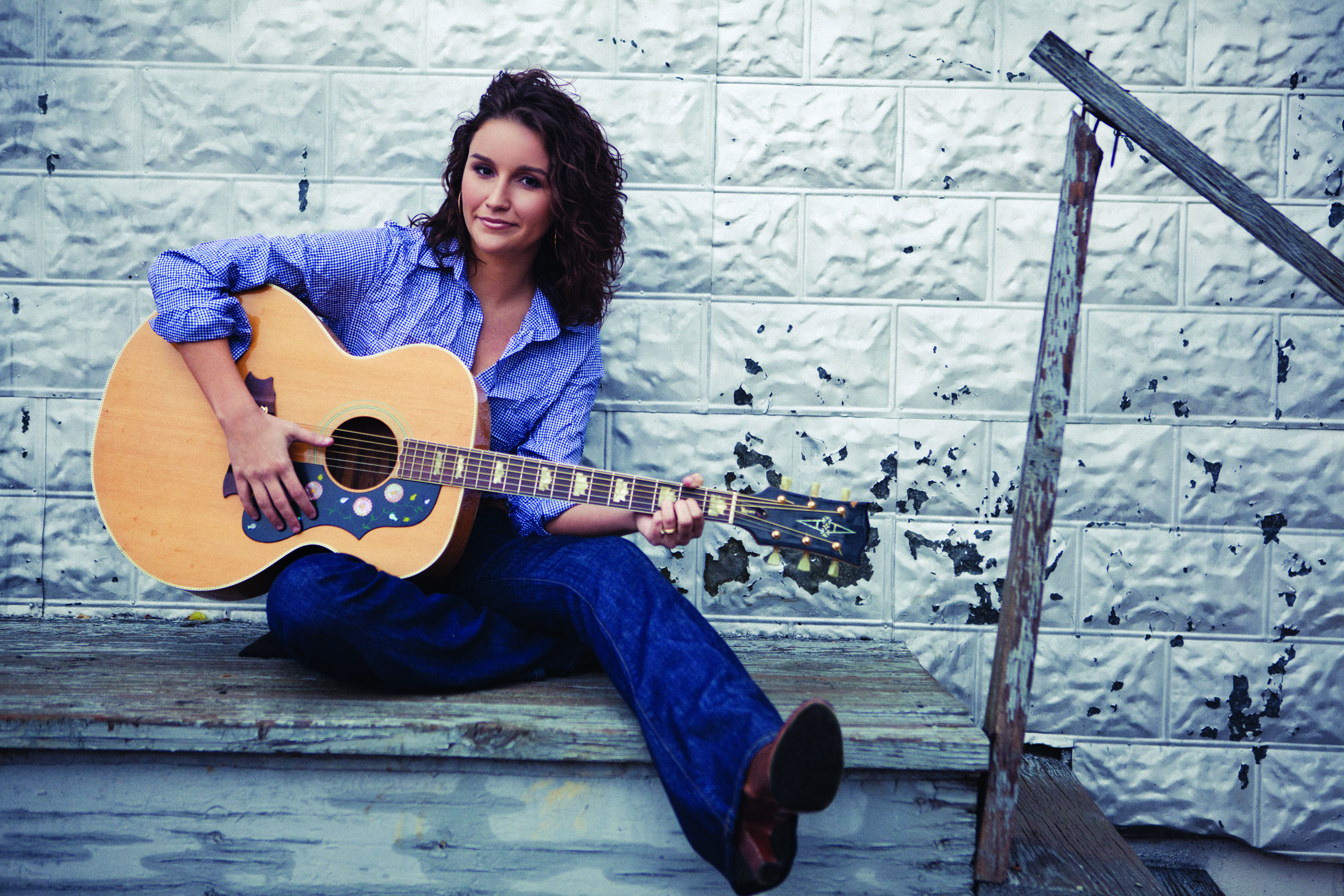 Talladega, Alabama is the place to be this weekend for the prestigious Aaron’s 499 NASCAR Sprint Cup Series race.

The race will broadcast nationally on FOX with Country Music star Ashton Shepherd kicking off the action performing the national anthem.

Shepherd is currently burning up the charts with her single Look It Up off of her sophomore album Where Country Grows.

It’s a fitting pairing, Country Music and NASCAR have been closely aligned for decades. 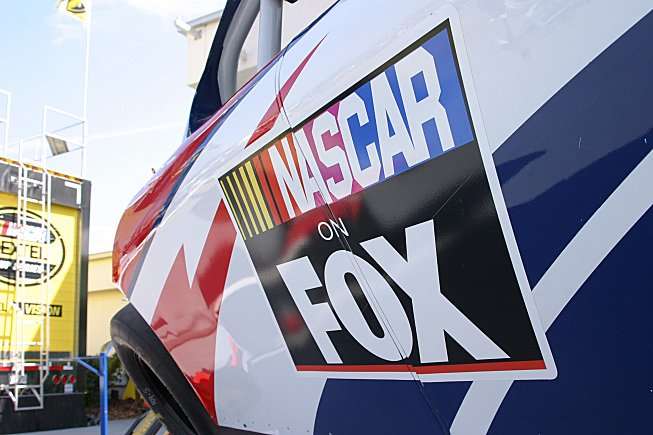 Country Thunder has arrived.  Today marks the kick-off of the 4-day festival, with music, fun, and attractions for everyone.

A special announcement has been made that the award-winning bluegrass band, The Grascals, has joined the Crown Stage line-up and will be kicking off Sunday’s festivities at noon.

Everything else you might want to know at www.countrythunder.com.