Looking Back At The Life And Luck Of Elton John

BREAKING NEWS
May 28, 2020
By Hollywood Outbreak 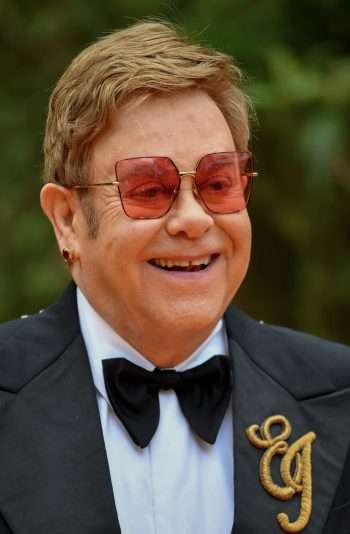 Once upon a time, there was a young man named Reginald Dwight. He was a talented piano player, and he had some musical aspirations. But never in his wildest dreams could he have imagined that he would grow up to be one of the most famous musicians in the world! Of course, he wouldn’t do it as Reg … he did it under an assumed stage name: Elton John. Over the span of his 50+-year career, he’s sold millions of albums, sold out thousands of stadiums and arenas, and written and performed the soundtrack of many people’s lives. His musical career has crossed paths with Hollywood many times — he’s produced several movies, he’s appeared in a handful of them, and he’s written songs for some memorable movie soundtracks, including both the 1994 and 2019 versions of The Lion King” for Disney. (And, of course, he was the subject of last year’s biopic, Rocketman.) John told us he still can’t believe the things he’s accomplished — including numerous Grammy Awards and Oscars — and that he considers his work with Disney to be a turning point in his career. (Click on the media bar below to hear Elton John)

Both versions of The Lion King are currently streaming on Disney+, while Rocketman is streaming through Amazon Prime Video and available on DVD and Blu-Ray.

‘Philadelphia’ Was An Easy Choice For Tom...