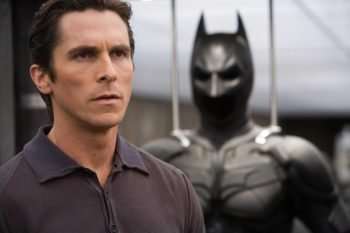 When Christopher Nolan delivered Batman Begins in 2005, he showed us a version of the superhero we’d never seen on the screen before. His dark, brooding, and violent vision of Bruce Wayne, Batman, and Gotham City was a far cry from the Adam West, Michael Keaton, Val Kilmer or George Clooney versions we’d seen in the past. Christian Bale, of course, was the actor who got to realize this new vision of Batman. After Batman Begins re-established the character, its sequel, The Dark Knight, gave us the Batman movie we never knew we always wanted. Thanks to tour de force performances by Bale and Heath Ledger as The Joker, The Dark Knight was two and a half hours of awesome. When we spoke to Bale about the film, he told us it all started with Nolan’s vision. (Click on the media bar below to hear Christian Bale)