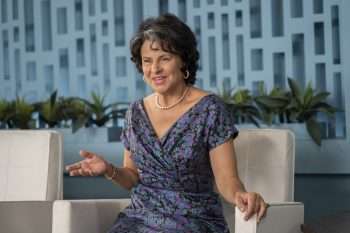 Tracey Ullman has made a name for herself as a world-class comedienne over the past several decades. (How long has she been around? It was her ’80s sketch show that gave birth to The Simpsons!) But on Mrs. America, Ullman takes on a very serious role, playing staunch feminist advocate Betty Friedan in the miniseries about the battle for the Equal Rights Amendment in America. So how did a British woman with a comic past wind up playing an American feminist icon? She did her research, and she fought hard for it. (Click on the media bar below to hear Betty Friedan)

Mrs. America is currently streaming on FX on Hulu.