For Tom Hanks, The ‘Apollo 13’ Challenge Was Keeping It Real 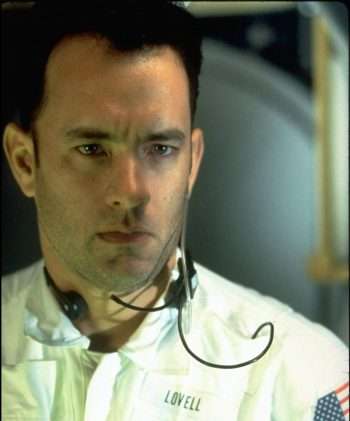 The movie Apollo 13 was released in 1995, shortly after the 25th anniversary of the events it commemorated on film. Now, Apollo 13 is itself 25 years old, and looking back at a pivotal moment in NASA history — now 50 years ago — brings back an undeniable sense of nostalgia and pride. After all, the fact that (spoiler alert!) the astronauts returned to Earth safely is an unbelievable story of American ingenuity and perseverance that has never quite been matched in the decades since. Tom Hanks, who starred in the movie as astronaut Jim Lovell, told us that when they were making the movie, the focus was on making sure the story was being told in the most authentic way possible. (Click on the media bar below to hear Tom Hanks)

Apollo 13 is available for streaming through most digital platforms, and also available on DVD or Blu-Ray.