AUDIO FILES/CONTENT
May 19, 2020
By Hollywood Outbreak 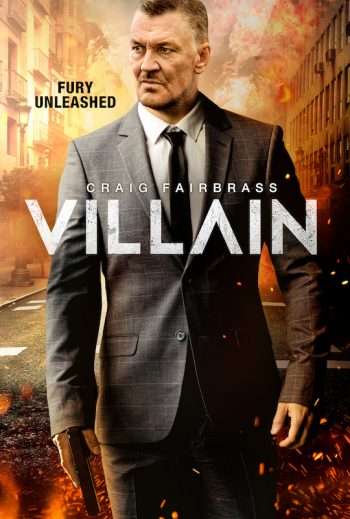 Craig Fairbrass’ team-up with Scott Adkins with Avengement received its share of accolades, and with Villain he is front and center as Eddie Franks, an ex-convict who is trying his best to get his life in order.

An irresponsible, drug addicted brother Sean (George Russo) has left Eddie’s bar in debt, and more importantly Sean is in trouble with a local crime boss (Robert Glenister). Directed by first feature filmmaker Philip Barantini, Villain has its action infused moments, but ultimately it’s a compelling drama about a man who is simply trying to make things right.

“Villain is a heavy duty movie on the emotions,” said Faibrass. “When I was a young man, wanting to be an actor, watching all of the old movies, that was a character that I would look at and dreamt as a kid and wonder if I’ll be lucky enough to play a man who is tough but who is also vulnerable, sensitive, (and) psychotic when he’s pushed. But ultimately he wants to do the right thing.”

Click on the media bar to hear Fairbrass talk about the “emotional thread” that weaves Villain’s intricate storyline.

Villain hits Digital and VOD on May 22.