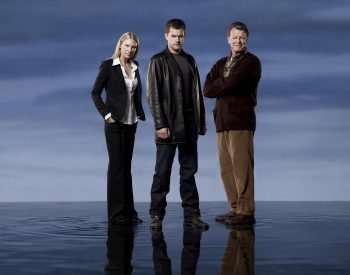 For five years, the sci-fi drama Fringe told strange and fascinating tales of supernatural phenomenon on both our planet Earth and in an alternate reality version. It was a mind-bending premise that took plenty of twists and turns as the show’s mythology was revealed. J.J. Abrams created the show along with Alex Kurtzman and Roberto Orci, and Abrams told us they built the show around the kinds of things that a mad scientist could do with the right amount of motivation, funding, and hallucinogenic drugs, which is where they found the inspiration for the character of Dr. Walter Bishop and his odd body of work. (Click on the media bar below to hear J.J. Abrams)