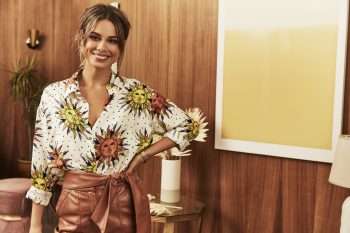 With a premise that would be right at home in a romantic comedy film, The Baker and the Beauty has the kind of escapist flair that you often find in the networks’ summer series. But even though the series was plugged into one of ABC’s midseason slots, star Nathalie Kelley says that with everything that’s going on in the world right now, she couldn’t think of a better time to launch the series, and the feedback she’s gotten from viewers seems to back up her theory.