At First, Matt Damon Thought He Wasn’t ‘Bourne’ This Way 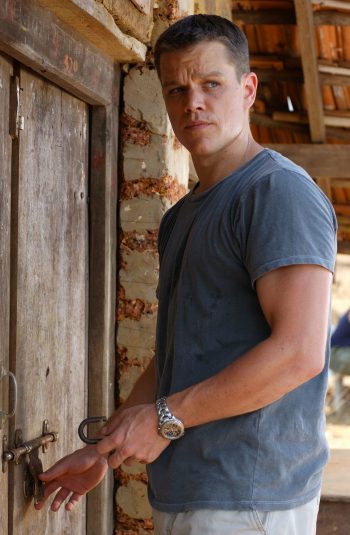 When Matt Damon won the role of Jason Bourne in 2002’s The Bourne Identity, it seemed like a natural progression for him. After making a name for himself in Good Will Hunting and Saving Private Ryan as the millennium was coming to a close, his part in the ensemble thriller Ocean’s Eleven suggested he was ready to get in on the action as the leading man in a thriller. Ironically, though, Damon told us that the one man who had trouble visualizing him as the Bourne character was, well, himself. (Click on the media bar below to hear Matt Damon)

The Bourne movies are available for streaming purchase or rental on most digital platforms, and they’re also available on DVD and Blu-Ray.