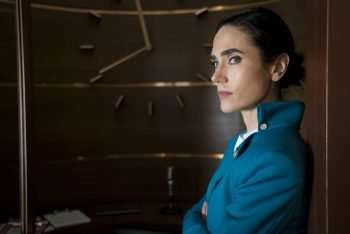 The new TV series Snowpiercer is based upon a movie and has a plot that feels, well, like it should be a movie. After all, the whole story was based upon a character getting to the front of a train. So we asked star Jennifer Connelly how they took a premise with such a seemingly finite scope and expanded it out into a full season of television. She told us that, instead of focusing on the finish line, the series pays much more attention to the journey itself and the way it affects the characters along the way. (Click on the media bar below to hear Jennifer Connelly)