How Nicholas Hoult & Elle Fanning Made It To Adulthood, Careers & Sanity Intact 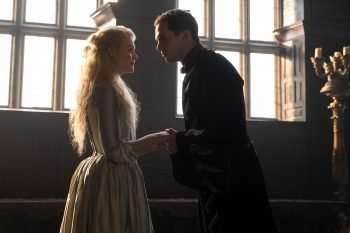 The stars of the new TV miniseries about Catherine the Great, The Great, already have a great deal of experience behind them, even though they’re still pretty young. Nicholas Hoult and Elle Fanning both started out as child actors — Hoult made his first film when he was just 7 years old, while Fanning made her debut at age 3! Now that they’ve both made it to adulthood while maintaining successful careers, they told us why they feel like they were able to beat the notorious child actor curse.(Click on the media bar below to hear How Nicholas Hoult & Elle Fanning)

The Great is now streaming on Hulu.