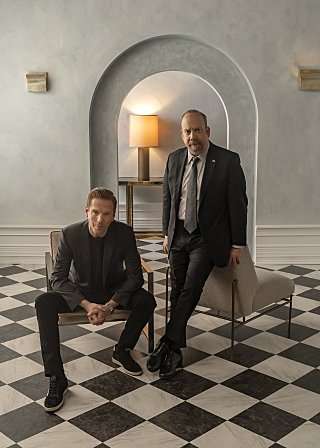 After a season in which their characters put past rivalries aside to fight a common enemy, Damian Lewis and Paul Giamatti are back to being sworn enemies on Billions. With each passing season, the dynamic between Bobby Axelrod and Chuck Rhoads becomes more layered, nuanced, and complex, and the scenes between Lewis and Giamatti are always gripping, and often spellbinding. And while most of their storylines keep the characters apart, Lewis and Giamatti told us they always look forward to finding scenes in the new scripts where the two get to act opposite each other. (Click on the media bar below to hear Damian Lewis & Paul Giamatti)