Karl Urban: Things Will Get Personal On ‘The Boys’ 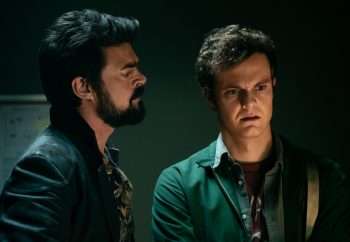 Karl Urban heads the ensemble cast of The Boys, the comic-based superhero series that premiered last summer on Amazon Prime video. As former CIA operative Billy Butcher, he heads a group of vigilantes (The Boys) intent on keeping a group of corrupt superheroes in check. While the show’s storylines have broad implications for the city and world in which these characters live, Urban appreciates the fact that the show also has room for deeply personal, emotional stories, like the disappearance of his wife. As the show prepares for its second season, Urban says that personal drama will definitely fuel his character’s motivation in the new episodes. (Click on the media bar below to hear Karl Urban)

Season 1 of The Boys is currently streaming on Amazon Prime Video, with Season 2 set to premiere later this year.