‘Penny Dreadful’ Was Something New For Nathan Lane 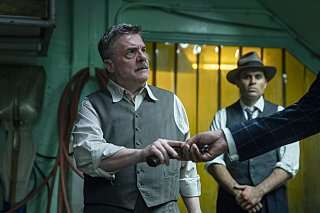 In a Hollywood career that’s spanned four decades, Nathan Lane has had a chance to do nearly everything — movies, TV, animation, Broadway, comedy, drama, musicals… you name it! So it’s not easy to pitch Lane on something he hasn’t done before. But when Penny Dreadful: City of Angels creator John Logan recruited Lane for his show, he managed to show Lane something he’d never seen. (Click on the media bar below to hear Nathan Lane)