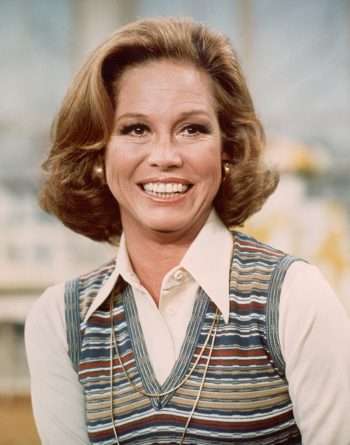 When The Mary Tyler Moore Show premiered in 1970, it was something brand new for Hollywood — a TV show centered around a single career woman who not only had a great job but was also great at her job. Of course, the scenes set at fictional Minneapolis TV station WJM were often the show’s most memorable, thanks to a stellar supporting cast of co-workers that included Ed Asner, Gavin MacLeod, Ted Knight, and Betty White. In fact, people loved the WJM crew so much that, when we spoke to Moore prior to her death three years ago, she told us she often heard her show was the inspiration for a lot of budding journalists. (Click on the media bar below to hear Mary Tyler Moore)

All seven seasons of The Mary Tyler Moore Show are currently streaming on Hulu.