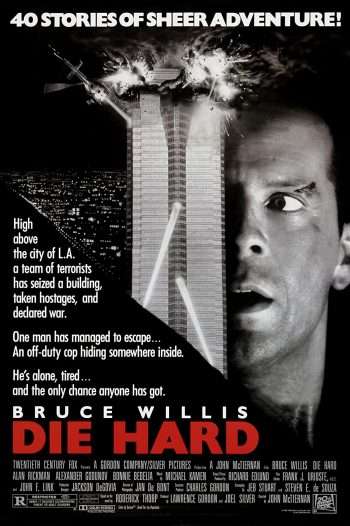 The first Die Hard movie has won almost universal acclaim as an action movie classic. In fact, since it’s set over the holidays, it’s even made quite a few people’s lists of essential Christmas movies. After the first three movies were released in 1988, ’90, and ’95, there was a 12-year gap before the fourth film, Live Free or Die Hard. When we spoke to star Bruce Willis at the time of the film’s opening in 2007, he acknowledged that he was gambling the franchise’s good reputation on another movie, but told us he just couldn’t resist the opportunity to roll the dice. (Click on the media bar below to hear Bruce Willis)

All of the Die Hard films are available for streaming rental or purchase on most digital platforms, and the franchise is still available on DVD and Blu-Ray.