The Legend & The Liar? Does John Think Blake Shelton’s Too Good To Be True? 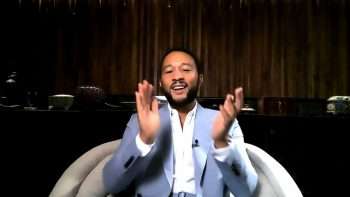 THE VOICE — Pictured in this screen grab: John Legend — (Photo by: NBC)

Now that John Legend’s been on the coaching panel of The Voice for a few seasons, he’s gotten to know his colleagues very, very well. He’s gotten especially close to Blake Shelton, and Legend says he’s been having a lot of fun, but he teases that he’s picked up on a few of Shelton’s more unsavory personality traits, too. (Click on the media bar below to hear John Legend)