AUDIO FILES/CONTENT
May 11, 2020
By Hollywood Outbreak 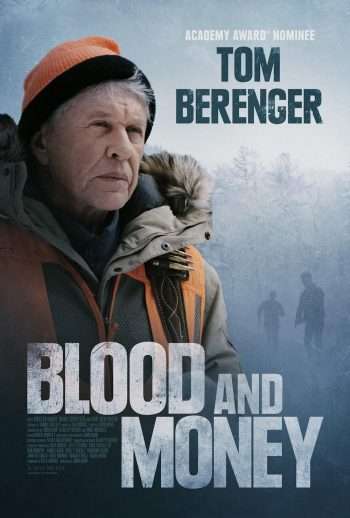 Cinematographer John Barr makes his feature directing debut with Blood and Money, and one of the film’s biggest assets lies in Tom Berenger playing the lead role.

Jim Reed (Berenger) is a retired veteran who spends his days hunting in the Allagash backcountry of Maine. Although it’s a pretty desolate area save for hunters and deer, Reed discovers a dead woman who possessed a duffle bag with money. Taking the money may be a potentially grave mistake for Reed, as the woman’s criminal cohorts are now on his tail.

“Platoon is a seminal piece of cinema,” said Barr. “You could get rid of every other film that he’s done, and that film is just (iconic). Everything about that film was just incredible and they got recognized for it. Having him in the film, his professional, his determination, his strength, all of those characteristic were huge for having him play Jim Reed.”

Click on the media bar to hear Barr discuss how Jim Reed was loosely based on his father.

Blood and Money, co-starring Kristen Hager and Paul Ben-Victor, hits VOD on May 15.