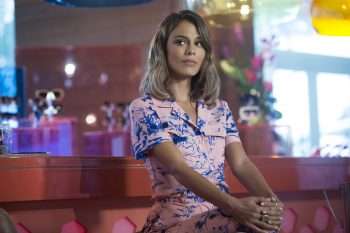 THE BAKER AND THE BEAUTY  (ABC/Francisco Roman)- NATHALIE KELLEY

While one of the main attractions of The Baker and the Beauty is that it’s a whimsical romantic comedy steeped in plenty of fantasy, the show also doesn’t forget that it’s rooted in today’s reality. The show’s star, Nathalie Kelley, says one of the things she finds so appealing about the show is that it’s finding a way to address some real-life issues without being so heavy-handed that it infringes on the pure entertainment aspect of the show.