Jeff Fahey Was Ready To Jump Into The Stylized World Of ‘Intrigo: Samaria’ 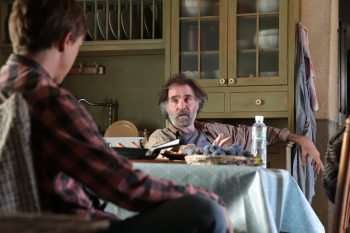 Based on the novel by Håkan Nesser, Intrigo: Samaria centers on a filmmaker named Paula (Phoebe Fox) who is determined to shoot a documentary that is based on the murder of her friend Vera. Paula enlists the aid of Henry (Andrew Buchan), a former professor who taught both girls, to aid in her quest. Jeff Fahey is Vera’s mysterious and abusive father Jacob, and he may hold the key to finding the true whereabouts of Vera.

“I like to call this one an intelligent, stylized, European thriller,” said Fahey, whose previous work includes The Lawnmower Man and Beneath. “It’s a psychological study of character with that plot riding along. I’m always excited to work with international crews, and when my friend, producer Rick Dugdale, had talked to me about the triology he was putting together – I thought it was fascinating. I wanted to jump in actually even before I read (the script).”

Click on the media bar to hear Jeff Fahey talk about how he has naturally evolved as an actor:

Intrigo: Samaria is now available On Demand and on Digital via Lionsgate.