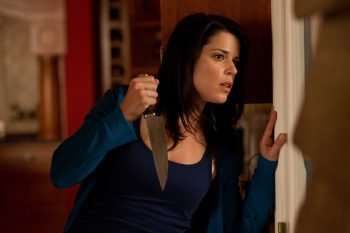 Fans of contemporary horror franchises have something to look forward to: A fifth Scream movie is in the works. It’s been 24 years since the original film, and nine since the most recent sequel. All four of the previous Scream films have had one thing in common: star Neve Campbell. There have been reports that she’s been contacted about reclaiming her role for the new movie, and she’s definitely expressed an interest. So, while nothing is certain yet, Campbell’s return is a real possibility, and if the new one is anything like the first four, she says she’d have a great time making it. (Click on the media bar below to hear Neve Campbell)