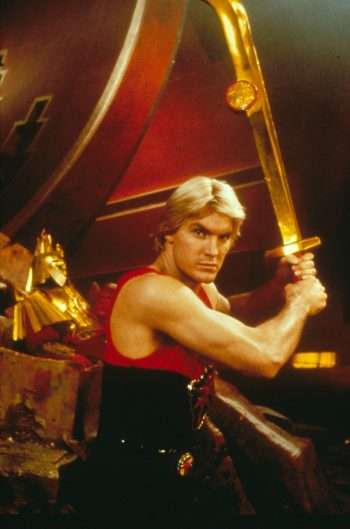 For its 40th anniversary, camp classic Flash Gordon is getting a 4K restoration for home video release, and there have even been some talks about the possibility of bringing it back to theaters for a limited run. It was the first starring role for young Sam Jones. And while he has certainly taken a good ribbing for the role over the years — he was nominated for Worst Actor at the very first Golden Raspberry Awards (but lost to The Jazz Singer’s Neil Diamond) — he still has good memories of a film that, for better or for worse, has defined his legacy. (Click on the media bar below to hear Sam Jones)