Becoming Jerry Seinfeld: How He Found His Comic Voice 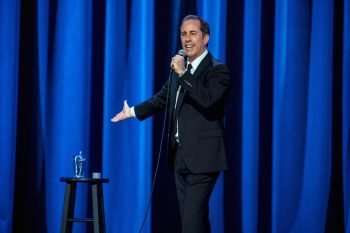 Jerry Seinfeld in 23 Hours to Kill. Photo: Courtesy of Netflix

It’s been a while since Jerry Seinfeld has done a stand-up comedy special for television. How long? Well, he did the last one right after his Seinfeld series wrapped up. He was still a bachelor. And his daughter, now 19, was still more than two years away from being born. And when he performed I’m Telling You for the Last Time live in 1998, it was to retire a lot of his older material. So, will Seinfeld’s new special, 23 Hours to Kill, represent a whole new style for Seinfeld? Well, the content might represent an older, more mature version of Seinfeld, but his style is his style, and Seinfeld told us how he honed it early in his career. (Click on the media bar below to hear Jerry Seinfeld)

Seinfeld’s first comedy special of the millennium, 23 Hours to Kill, is streaming now on Netflix.