Angela Lansbury Got Away With (Then Got Away From) ‘Murder’ 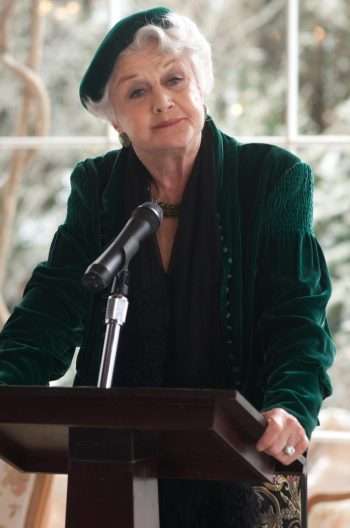 For years, Angela Lansbury was well known for her stage and movie career, which included roles in classic films like The Manchurian Candidate, The Long Hot Summer, and Elvis Presley star vehicle Blue Hawaii. In fact, Lansbury was a two-time Oscar nominee before she’d even turned 20 years old! But after a few good decades, she started looking elsewhere for work, and she reached a point where she craved the stability of a television show. What she wound up with was Murder, She Wrote, a series that ran for 12 seasons and made her a bigger star than ever before. But that second shot at stardom, she told us, came at a price, as she recalls the circumstances of Murder, She Wrote. (Click on the media bar below to hear Angela Lansbury)

Murder She Wrote is streaming now on IMDb TV and airing on WGN America.