Sylvester Stallone: Why ‘Rocky’ Has Become A Lasting Film Dynasty 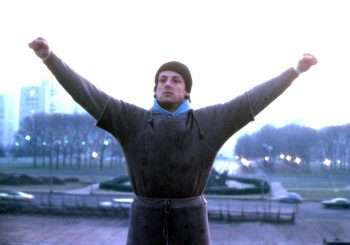 Next year will mark the 45th anniversary of the film that redefined the American sports movie, Rocky. It even introduced an idea that would become a staple for all sports-themed movies and television staple: the infamous training montage. (It was an innovation that made a real impact: Along with Best Picture and Best Director Oscars, Rocky won the Academy Award for Best Film Editing.) But the training montage alone did not turn Rocky into a movie with an unlimited shelf life, a film that spawned several sequels and still holds up today. So what made Rocky the classic that it is? We asked the man who both starred in the movie and wrote its screenplay, Sylvester Stallone, why he thinks audiences still love watching the stirring stories of Rocky Balboa and the people in his orbit. (Click on the media bar below to hear Sylvester Stallone)

All of the Rocky movies, including the two Creed spin-off films, are available for purchase or rental from digital platforms, and they’re still available on DVD and Blu-Ray as well.