Phoebe Fox Delves Into A “Meditation On Obsession” With ‘Intrigo: Samaria’ 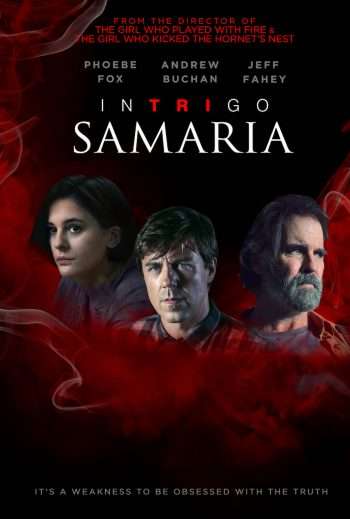 Based on the novel from bestselling author Håkan Nesser, Intrigo: Samaria centers on Paula (Phoebe Fox), a filmmaker who is focused on making a documentary about her murdered friend Vera (Millie Brady). Paula reunites with her former professor Henry (Andrew Buchan) who begrudgingly agrees to help her on the project.

Both of them have an intricate connection to Vera, and ultimately their manipulation of each other, as well as their respective ties to the past, leads to an inevitable clash of wills. Jeff ‘Fahey co-stars as Vera’s abusive father Jacob.

“You start off thinking it’s going to be a straight, cut and dry thriller, but actually it’s more interesting in terms of the actors because it’s really a meditation on obsession and these really interesting human traits that we have,” said Fox, who will also be seen in the upcoming Hulu series The Great.

Click on the media bar to hear Fox talk about how she and co-star Andrew Buchan share a similar approach to acting:

Intrigo: Samaria, directed by Daniel Alfredson (The Girl Who Played With Fire) is now available on Digital and On Demand.