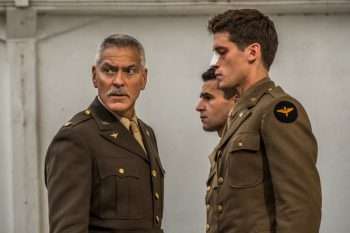 Looking for your next binge-watch? George Clooney’s Catch-22 miniseries, based on the famous novel of the same name, earned a Golden Globe nomination for Best Limited Series/Television Film and has won wide acclaim among both viewers and critics. Of course, the novel had famously been made into a movie by director Mike Nichols in 1970, but Clooney was excited about putting his own spin on the material. When we spoke to Clooney about it, he told us the Joseph Heller book made a huge impact on him when he was young. (Click on the media bar below to hear George Clooney)

Catch-22 is available for streaming on Hulu.