‘Gladiator’ At 20: The Film Russell Crowe & Ridley Scott Did On The Fly 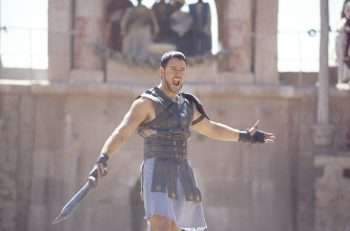 It was 20 years ago that Gladiator was released in theaters, starting a run that would eventually earn it close to half a billion dollars in worldwide box office receipts, along with five Oscars, including Best Picture and Best Actor for its star, Russell Crowe. Crowe had arrived in America five years earlier after starting his career in Australian TV and movies, and Gladiator marked his second Academy Award nomination, after The Insider the year before. When he took the role, though, he had no idea it would land him on the Oscar stage. In fact, he told us he considered the film a bit of a risk because, when he signed on, only a fraction of the movie had actually been written! But, like so many of his choices, the risk turned into a pretty great reward. (Click on the media bar below to hear Russell Crowe)

Gladiator is available for purchase or rental on digital streaming platforms, and it’s still available on DVD and Blu-Ray.