Nick Jonas Thinks He Can Be A Winner On ‘The Voice,’ Too 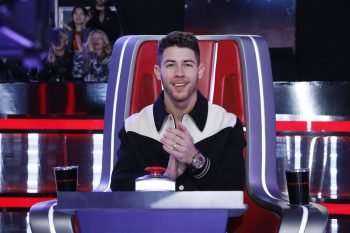 THE VOICE -(Photo by: Trae Patton/NBC)

Throughout the show’s long history, each coach on The Voice has brought something new to the table based on their own lives and experiences. Now that he’s joined the team, Nick Jonas feels like he can use all of the ups and downs he’s experienced in his own career to help his team members make their way through not only the competition, but in the music business. Jonas does, however, hope to get something out of the show himself. (Click on the media bar below to hear Nick Jonas)