Jodie Comer Does A Great Job Playing A Whack Job On ‘Killing Eve’ — What’s Her Secret? 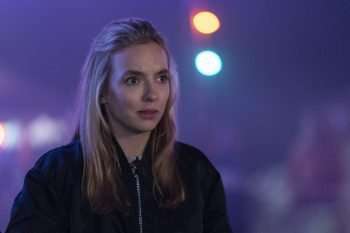 To say that Jodie Comer’s character on Killing Eve is a little bit out there would be a pretty huge understatement — the character is usually full-blown nuts. How does Comer manage to drive herself to such dire depths when she’s playing Villanelle? She admits she’s not entirely sure herself, and that some of the emotion comes directly from working on the scenes with co-star Sandra Oh. (Click on the media bar below to hear Jodie Comer)