How ‘Star Wars’ Stunned George Lucas With Its Success 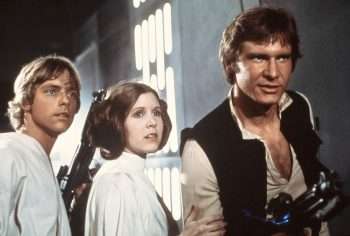 Each year on May 4, Star Wars fans will greet family, friends, and anyone they happen to meet that day using the phrase “May the Fourth be with you.” The day has become an unofficial day of celebration for the Star Wars franchise, even though its anniversary actually comes later in the month, on May 25. Still, it’s a potent example of how the original movie — along with the franchise and community it spawned — has become an integral part of American pop culture over the past several decades. And it’s still a far cry from anything writer/director George Lucas expected. He felt like he’d made a good movie at the time, but he told us he wasn’t expecting it to become one of Hollywood’s all-time classics. (Click on the media bar below to hear George Lucas)