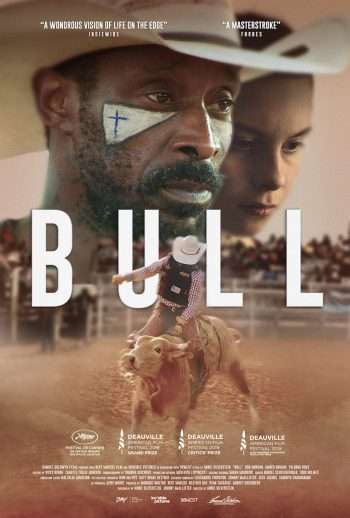 Directed by Annie Silverstein, Bull centers on Kris (Amber Havard), a 14-year-old who is in trouble after breaking into the home of Abe Turner (Rob Morgan), an ex-bull rider who is also her neighbor. Instead of turning her over to the authorities, Abe strikes a deal to have Kris help him with his errands at home and at his work (he is employed at two different rodeo circuits).

The narrative, which took part in the Un Certain Regard section of the Cannes Film Festival, features first rate work from the two leads. Morgan (Just Mercy, Mudbound) is a veteran actor, so one could assume he would deliver the goods. This is Havard’s feature debut (Bull is currently the only credit on her resume), and she’s fantastic in the role.

Even with a 40 day shoot during a hot summer in Houston did not faze Havard, and she has a huge supporter in Silverstein. “The only part of it that was a gamble was the fact that she was 14 years old and had not been on set before. As it turns out, (Amber) is the most hardest working person I have ever met,” said Silverstein. “She was unfazed by it. She told us early on that she had found her calling ”

Click on the media bar to hear Silverstein talk about her past experiences as a youth worker influenced the aesthetic behind Bull:

Bull is now availabe on Digital and VOD via Samuel Goldwyn Films.