CinemAddicts Podcast Dives Into Sea Urchin Universe With ‘The Delicacy’ 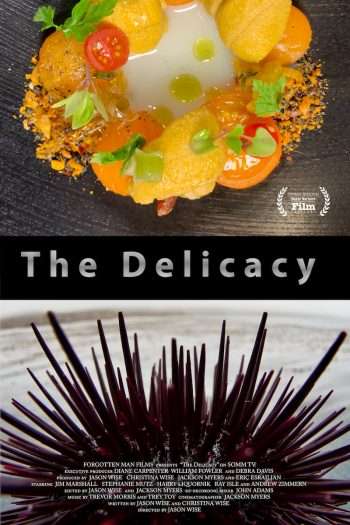 If you thought a documentary about sea urchins would be boring, think again. Filmmaker Jason Wise’s The Delicacy puts a human face to the proceedings, as we delve into the lifelong journey of several sea urchin divers.

Santa Barbara features a pleathora of sea urchins, but navigating through the ocean to grab their daily catch can prove to be a perilous and exacting experience. Wise also gives us a comprehensive look at how uni became a a worldwide delicacy (before the sea urchin, abalones were the popular sushi item).

Running a brisk 70 minutes, The Delicacy is available to stream exclusively on SOMM TV starting May 7.  Movie and documentary lovers can test out the streaming service, which includes the films Tortilla Soup and Bottle Shock, with a 7-day trial.

Click on the media bar to hear the latest episode of CinemAddicts as we also cover the features True History of the Kelly Gang and the documentary Spaceship Earth: