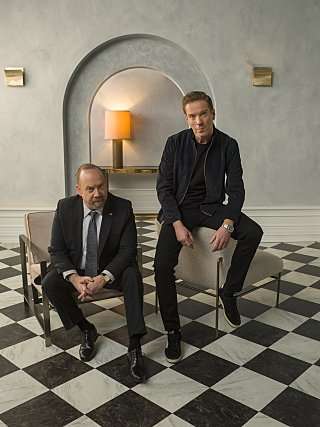 Is the Bobby Axelrod character on Billions a good guy or a bad guy? Well, he’s certainly ruthless when it comes to earning his money, but he’s also been generous with his money, too. While he’s been a ruthless foe to those who oppose him, he’s been a valuable ally for those who need his assistance. So, is Axelrod good or bad? Damien Lewis, who has the difficult job of playing the complex role, says it really doesn’t matter — it’s OK to think either way, and it’s OK for you to love him or hate him, as long as he generates some kind of an emotional response from you, because that’s what makes a character interesting enough to keep watching. (Click on the media bar below to hear Damien Lewis)