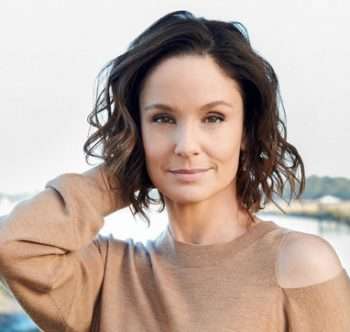 In Council of Dads, Sarah Wayne Callies stars as a widow whose late husband — before he died — recruited some of his best friends to be strong male role models for his kids. Callies, who first rose to fame on a couple of violent dramas, Prison Break and The Walking Dead, told us the good-hearted, family-friendly drama of Dads may have actually saved her career.

Council of Dads airs Thursdays at 8/7c on NBC