How ‘Penny Dreadful’ Recreated L.A. For ‘City Of Angels’ 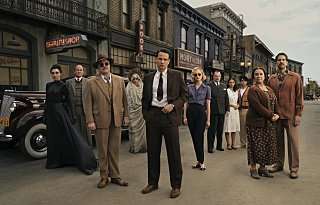 Penny Dreadful: City of Angels is a Los Angeles-based spin-off of the popular Showtime series Penny Dreadful, which ran for three seasons from 2014-16. Like the original series, City of Angels is a period piece, set in 1938 Los Angeles. Of course, recreating such a specific time in L.A. history isn’t easy, since so much about the city has changed in the last 82 years. Thanks to progress and earthquakes, very little of the original architecture has survived, much less entire city blocks. So the production team definitely faced challenges. But the show’s creator/writer/producer, John Logan, told us it was the kind of challenge he loved to tackle. (Click on the media bar below to hear John Logan)