Tom Cavanagh’s Show Is No ‘Flash’ In The Pan, And He’s Grateful 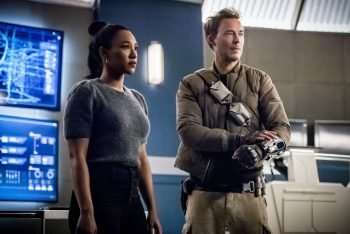 After his breakout role as the star of the NBC dramedy Ed, Tom Cavanagh ran into a run of small screen bad luck. He made several shows, including Love Monkey, Trust Me, and Eli Stone that didn’t last through a single season. (Love Monkey got the ax after just three episodes!) Then, in 2014, he landed the regular role of Harrison Wells on The Flash — except the job was anything but regular: In the show’s six seasons so far, he’s played several Alternate Earth versions of the Wells character, along with the evil Reverse Flash and his alter ego, Eobard Thawne. Having been on the losing end of the TV game before, Cavanagh told us he hasn’t taken any of the show’s success for granted, and he’s very grateful for the great diversity of acting opportunities The Flash has provided him. (Click on the media bar below to hear Tom Cavanagh)

The Flash airs Tuesdays at 8/7c on The CW.