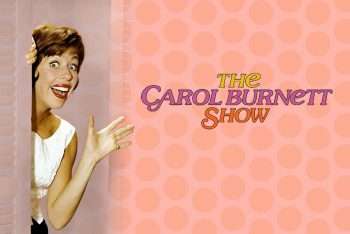 Shout! Factory TV will have 11 seasons of The Carol Burnett Show available for streaming starting June 1. A weekend long marathon of the celebrated series takes place on May 30 and 31.

Carol Burnett, who turned 87 on April 26, worked with Shout! Factory to find the long lost master of the episodes. Now fans and initiates of The Carol Burnett Show will also get to see the comedic brilliance of her tight knit ensemble (which incuded Vicki Lawrence, Tim Conway, Harvey Korman, and Lyle Waggoner).

During its run, The Carol Burnett Show won 25 Emmy Awards. The series will be available to streak on ShoutFactoryTV.com as well as on Shout! Factory TV branded channels on Tubi, Amazon Prime Channels, and the Roku Channel. Are you excited for the news? Feel free to comment below!