‘Roswell’ That Ends Well… In The Future 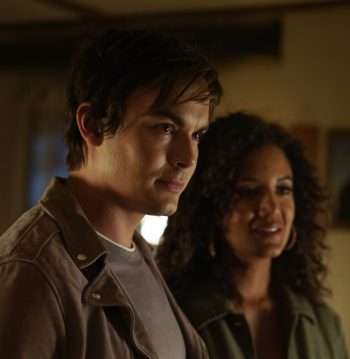 With a third season already picked up, it looks like The CW’s Roswell, New Mexico is going to match or beat the longevity of Roswell, which aired on CW predecessor UPN two decades ago. Tyler Blackburn, who stars on the series as military vet Alex Manes, doesn’t think the show will end with this coming season, either. He told us that the show’s creator and executive producer, Carina Adly MacKenzie, has told him about plans for several more seasons of the show. (Click on the media bar below to hear Tyler Blackburn)

Roswell, New Mexico airs Mondays at 9/8c on The CW.